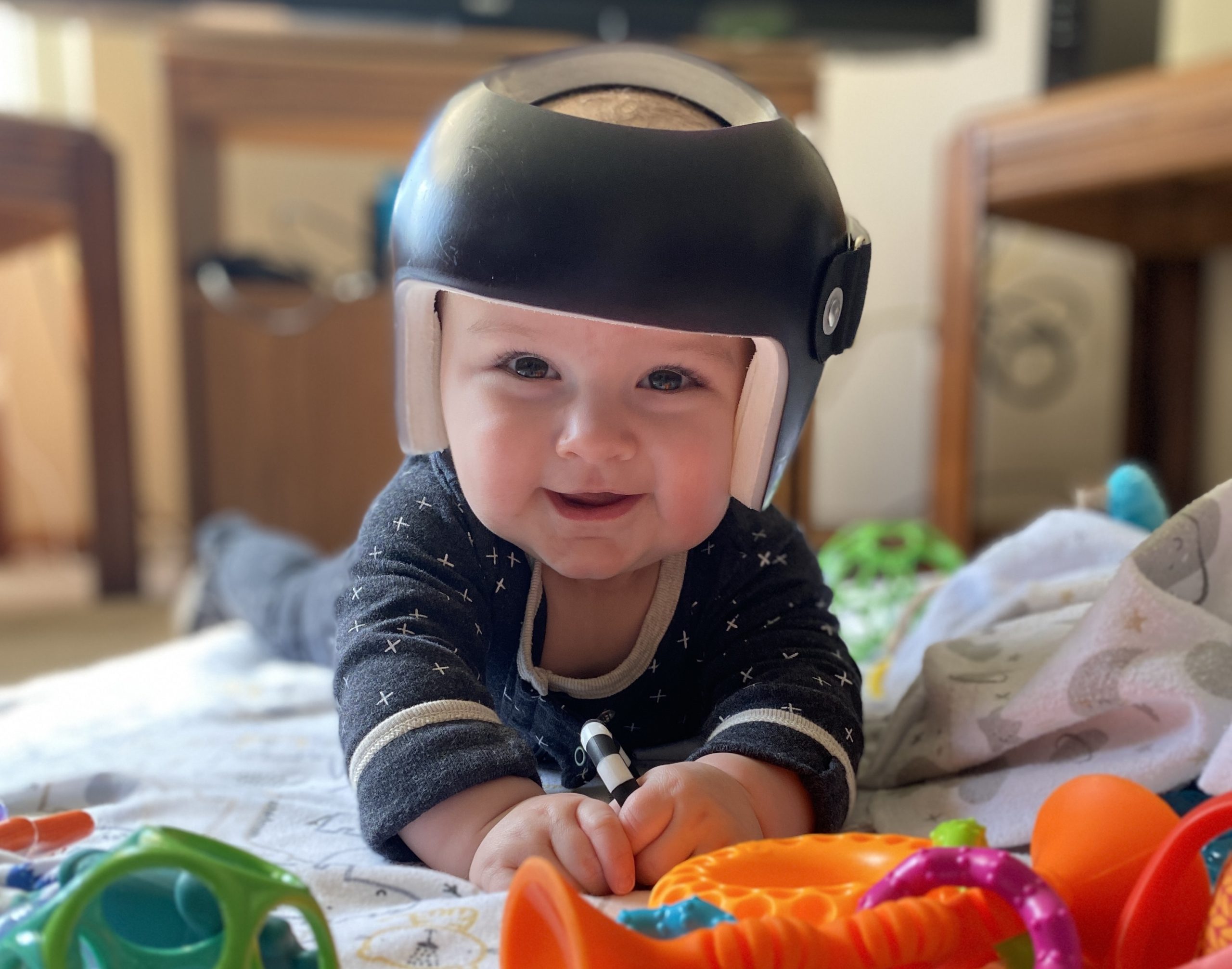 Eli Vasquez is a happy 1-year-old who loves to talk, giggle and smile. For parents Andy and Nichole, watching their son grow and reach his developmental milestones – like rolling on his tummy and lifting his head – were exciting moments for them. When Eli was around 2 months old, the Vasquezes noticed their son had a flat spot on his head that seemed to be increasingly noticeable.

“His flat spot was big, and he was not interested in spending time on his tummy,” said Nichole. “If we put him on his tummy, he got angry. He also would not turn his head to the left. When we tried to turn it, he would resist. When Eli was 4 months old, he was diagnosed with torticollis and plagiocephaly.” 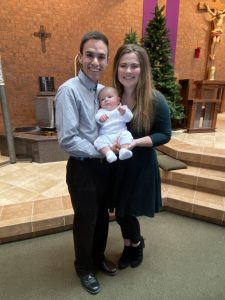 “Our pediatrician was concerned about the muscle tightness in Eli’s neck,” said Nichole. “Some of the stretches we did included positioning Eli’s body so his right side was against a wall whenever we did tummy time so it would make him move his head in the other direction. We kept his toys to the left side, forcing him to look that way. When we fed him, we made sure to feed him where his head would have to turn to the left side as opposed to the right. It was basically getting him used to turning his head to the left side. By the time we got to month four, the stretches had helped him considerably.”

However, the large flat spot on Eli’s head wasn’t getting better. Its growth, combined with its softness from Eli laying on it throughout the night, made the flat spot more pronounced. Helmet therapy became a treatment option for the Vasquezes to consider.

As the only clinic of its kind in the region, the Helmet Clinic at Children’s Hospital & Medical Center evaluates, diagnoses and treats infants with an abnormal head shape due to a variety of conditions including plagiocephaly. The clinic includes a team of specially-trained physical therapists, who provide PT for patients with torticollis, and orthotists, who assist in getting patients fitted with a special helmet to gently correct the shape of the skull as the baby grows. If a baby has a large flat spot that does not improve by about 4 months of age, helmet therapy is often prescribed. For the helmet to be most effective, treatment usually begins between 4 to 6 months of age.

“We took Eli to his first appointment at the Helmet Clinic,” said Andy. “We met Joanne Wennstrom, who did the initial assessment and evaluation of Eli, and she determined he would be a good candidate for a helmet. She introduced us to Tim, who took Eli’s cranial measurements. He carved out the helmet to specifically encourage the skull in a direction and explained all the logistics of the helmet. He was wonderful – my wife and I trusted him, and he was so good working with babies.” 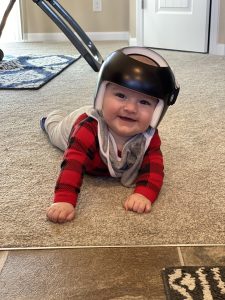 Eli started wearing his helmet when he was 6 months old. When he first got the helmet, he wore it for an hour on and an hour off, and the number of hours were gradually increased each day over the course of five days. Eli was then able to wear the helmet for 23 hours a day. The Vasquezes took pictures of their son’s head every week. They say it was amazing to see the progression of his head from totally flat to almost perfectly round.

Besides helmet therapy, Eli was also evaluated by a physical therapist at the time of his clinic appointment and referred for additional treatment of his torticollis. Eli has monthly physical therapy sessions with a Children’s physical therapist to loosen his neck muscles so he can easily turn his head in both directions. The physical therapist showed the Vasquezes a series of exercises to do with Eli at home to get him to roll from his back to his tummy. Once Eli mastered that skill, the next step was teaching him how to sit up.

“Eli will graduate from physical therapy once he starts crawling,” said Nichole. “His physical therapist wants to make sure he doesn’t develop a side preference when crawling or develop a hitch crawl where he crawls and leans on one side to move his body across the floor. Once Eli’s asymmetry measurement of his head drops to 5 millimeters, he will be helmet free. We are excited about his progress in such a short period of time. The Helmet Clinic team at Children’s is a big reason for Eli’s positive outcome.”

At Children’s Hospital & Medical Center, we understand that birth defects or traumas can be difficult and overwhelming — especially when they are visible or affect a child’s development. Our specialists are here to help children ages 0 to 21 through all of their plastic surgery needs.