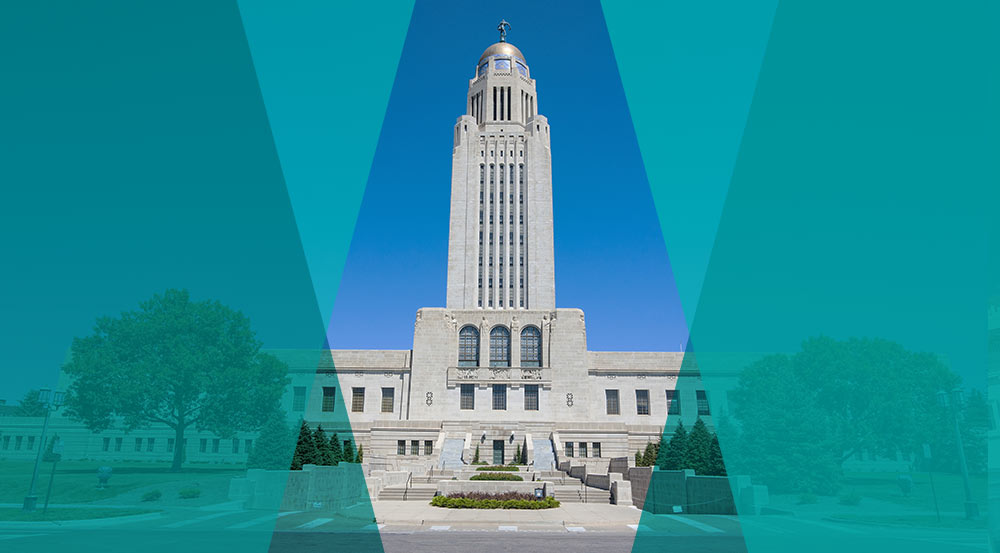 This is the legislative update for February 8, 2021. View all updates here.

The February 8, 2021 legislative update includes highlights from both federal and state legislatures.

Beginning Tuesday, February 8, the Senate will be focused on the second impeachment trial of President Donald Trump.

Meanwhile, the House is moving swiftly to produce a committee markup on President Joe Biden’s COVID-19 relief package, which has been named the American Rescue Plan Law.

Among the many provisions, the package includes:

This past week, both the House and the Senate approved the legislation necessary to pass this package through a process known as reconciliation.

Reconciliation streamlines the passage of legislation by allowing it to pass with a simple majority, without being subject to a filibuster(Translation: type of tactic used to block or delay legislation). Reconciliation only requires 51 votes in the Senate. The Senate is split 50-50 between Republicans and Democrats, with democratic Vice President Kamala Harris having the tie-breaking vote.

Throughout the relief package’s development, the Children’s Hospital Association (CHA) GR Subcommittee has been meeting nearly every day to discuss the priorities that we want to be included in the reconciliation process.

The three priorities being sent to the Hill today are:

Hearings on Capitol Hill this week include:

The 340B Drug Pricing Program provides financial assistance to hospitals that serve vulnerable communities, in order to manage the rising costs of prescription drugs. The program requires pharmaceutical manufacturers that participate in Medicaid to sell outpatient drugs at discounted prices to healthcare organizations — including children’s hospitals — that provide care for many low-income and uninsured patients.

Learn more about the 340B Drug Pricing Program.

At the end of 2020, CHA joined the American Hospital Association (AHA) and other hospital organizations to file a lawsuit against Health and Human Services (HHS). The suit cited a lack of enforcement to Pharmacy Benefit Managers (PBMs) and pharmacies that have been refusing to participate in 340B drug discounts to providers.

Learn more about the lawsuit against HHS.

The first hearing on the motion to dismiss oral arguments will begin today (Tuesday, February 9) at 4 p.m. Central Standard Time. It is the second in line to be heard.

Last week, the Nebraska Legislature held a “telehealth theme,” with multiple bills about telehealth heard by their committees.

On Monday, the Banking, Commerce, and Insurance Committee listened to two telehealth parity bills (Translation: Mandates that fully-insured private plans reimburse and cover telehealth services equally to how they would do so for in-person visits).

The LB314 bill focused on parity for reimbursement for all services provided via telehealth, and LB487 (by Senator Arch) focused specifically on behavioral health parity. While payors and the Department of Insurance came to the hearing in opposition, the comments were considerably favorable for outcomes their consumers have seen via telehealth.

On Friday, LB400 was the final telehealth bill heard before the HHS Committee, allowing three relaxed regulations to remain after the public health emergency (PHE):

Rebecca Ohlinger, manager of telehealth, testified on behalf of Children’s and the Nebraska Hospital Association (NHA). Others in support of the bill include:

The Nebraska Department of Health and Human Services (DHHS) came in opposition regarding the audio-only piece. Senator Arch hopes to amend LB400 to his behavioral health parity for reimbursement bill, LB436 and will need to work with DHHS and providers to make that possible. We will continue to work with the senator as he drafts an amendment.

While the hearing at times became contentious and required the Sergeant of Arms to get involved to calm the rowdy, unmasked crowd, the hearing continued late into the evening on Thursday with unknown pathways moving forward.

It will continue to be a priority to monitor these two bills as the seven HHS lawmakers hold an executive session — a process when they consider voting bills out of committee and onto the floor for full debate among all senators. If the HHS Committee decides the bill should not be voted out of committee due to opposing testifier’s points, the bill no longer has a pathway forward.

Another unique bill offered by Senator Cavanaugh would change the legal age for organ and tissue donation from 16 to 14 years of age. LB251, brought forward by a girl scout in her district, would allow those applying for their driver’s permit to select “yes” to organ donation and to have their ID reflect that choice. It has been confirmed that the parent’s right to make the ultimate decision exists for their children up to age 18. The permit is merely a reflection of the child’s wish. There was no opposition to the bill.

This week’s hearings include, but are not limited to:

If you personally are aware of a bill and would like to add your expertise, feedback, or questions, please contact Liz Lyons at llyons@childrensomaha.org.

Advocating for children is extremely important at all stages. This internal group of stakeholders — comprised of providers and experts across the continuum of care at Children’s — meets weekly to ensure we are leading the discussion on child advocacy in the region.

Learn more about our advocacy and legislative work in our community.