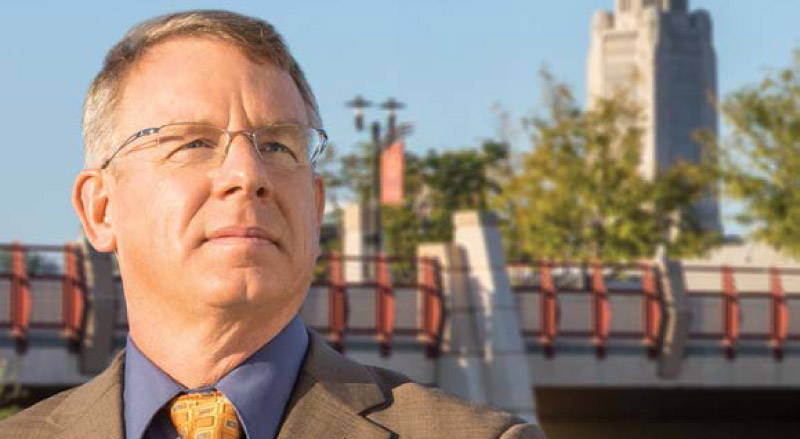 Brad Brabec, M.D., remembers it vividly. That moment he realized he wanted to take care of people.

“The beginning was in 8th grade, sitting in the optometry office in Geneva, Neb., where I was born and raised. The eye doctor there, I thought, was so cool. He had this job where he’s helping people with their vision. For whatever reason, sitting in the chair that day, I said, ‘I want to be an eye doctor.’”

We all have those pivotal moments in our lives—“plot points” if you will—that spin us toward the people we are today. Dr. Brabec’s “plot point A,” that trip to the optometrist, was followed by his “plot point B,” a decision, stoked by a convincing Nebraska Wesleyan classmate and future pulmonologist, to shift to the challenge of being a medical doctor. Then, during Dr. Brabec’s second year at the University of Nebraska Medical Center, pivotal “plot point C”: he and wife Deb welcomed their first child.

“Jarod, now 33, was born with Rh incompatibility. Deb’s blood and baby’s blood didn’t mix well with each other. So, he needed to have a blood exchange transfusion on his fourth day of life, and I’m seeing all of this happening before my eyes. That whole environment of being in a newborn intensive care unit caused me to say, ‘I want to become a pediatrician.’”

After completing his residency at the University of Washington Medical Center in Seattle, Dr. Brabec, who considered going into either neonatology, pulmonology or pediatric emergency medicine, opted instead to start practicing as a general pediatrician.

“I would become a partner in the practice after six months. I became very involved in the local suburb’s hospital, Evergreen Hospital & Medical Center. I served on its credentials committee and its quality assurance committee. And that was after one year in private practice.” Equally quickly, he gained experience building a medical facility and becoming an owner when his group partnered with family practice doctors, pharmacists, orthopedists and psychologists to launch their own 30,000-square-foot Woodinville Medical Center.

While the avid outdoorsman loved the hiking and fishing that Seattle allowed—and was fulfilled professionally—Dr. Brabec noticed the city was changing. It was becoming more crowded. The commute was taking longer. The schools, it seemed, weren’t being maintained as well as they used to be. In 1995, after six years in private practice, Dr. Brabec moved his family back to Nebraska. He founded Complete Children’s Health (previously Lincoln Pediatric Associates) in Lincoln and later, the Midwest Children’s Health Research Institute, a company that performs clinical drug, vaccine and infant formula trials.

“I’ll never forget one of my asthma and allergy patients. He came in when he was 12 and said, ‘Dr. Brabec, it’s so bad, I can’t mow the lawn.’ And I said, ‘Oh buddy, you came to the wrong clinic. You will be mowing the lawn before long.’ By the time he graduated from high school, he had his own lawn service.”

Under Dr. Brabec’s leadership, Complete Children’s Health has grown from one office to four, with approximately 140 employees.

“We hit all the major growth areas in Lincoln,” he says. To further accommodate its growth, the group moved into its new, larger south Lincoln location in October; an expansion of 4,500 square feet.

Dr. Brabec’s vision for expanding health care in Lincoln is not limited to his own practice. He saw a need there for Children’s Hospital & Medical Center’s presence—and made it known to Children’s leadership. Discussions eventually led to an invitation to serve on Children’s Board. He is now in the midst of his second 3-year team and is willing to serve a third.

“I said I would really like to see Children’s build an independent, free-standing clinic location in Lincoln and put itself into the community, providing subspecialty services for pediatric care. I guess he must have taken that to the board—because it happened.”

Children’s opened its specialty pediatric clinic at 86th & Pioneers Boulevard in 2008. It recently tripled the clinic’s capacity by relocating to 9,335-square-feet of leased space on Madonna Rehabilitation Hospitals’ Lincoln Campus.

“I consider myself something of a visionary. I like to push the envelope a bit,” Dr. Brabec says. “My contribution to the Board, I feel, is the continued vision of growth, of the need to push the expansion of Children’s in the state of Nebraska.”

“What drives me are my patients and their families, being able to help make a sick child healthy again.”

He says it is an incredibly exciting time to be serving on the Board with the building of the expansive Hubbard Center for Children ushering in another period of great evolution for Children’s: “It’s just an exciting time to be a part of this transformation that is going to expand our regional presence and our national presence as a top, free-standing children’s hospital in the United States. It’s an honor to be involved in the decision-making, to be involved in the due diligence.”

Dr. Brabec’s service to Children’s extends well beyond the hospital Board. He also chairs the Board division of the Quality and Patient Safety committee and serves on its Strategic Planning committee.

“I think we’ve been very good at taking a deeper dive into what is being done to help ensure children receive safe care, raising tough questions and asking for more in-depth information to help us continue to push the envelope on making sure we’re providing the highest quality care.”

“I was more than happy to be on that committee because I saw it not only as a strategic committee, but as a visionary committee to push thoughts and ideas about what we need to do to further our mission in the hospital and to further what we provide to Nebraska and the surrounding region.”

In addition, Dr. Brabec chairs the Board and serves on the credentialing and membership committee of Children’s Health Network—a clinically-integrated network aligning Children’s and more than 300 pediatric providers across the region.

Selfless with his insights, expertise and vision, Dr. Brabec says his involvement with Children’s allows him to serve as an ambassador for pediatricians across the state of Nebraska.

“I’ve had the opportunity to go out and talk to other pediatricians and ask: What are your needs? What are your desires? How can Children’s better help you care for children? I see myself as that ambassador—and that’s been a tremendous honor.”

Dr. Brabec sees tremendous promise ahead for Children’s and the patients it serves. He says he will continue serving Children’s for “as long as they’ll have me back…I sit on an incredible Board, people who all have a big heart and a big soul to do the best thing for this hospital.”

The Brabecs have three grown children now—Jarod, Kaylin and Christian—and two grandchildren. Dr. Brabec says, “There is no way I could have done any of this without the support that my wife has given me.” (She and Dr. Brabec actually launched a free health clinic together while living in Washington to fill a need in the community and help families navigate the health care system.)

A pediatrician first, going on 29 years in the practice of medicine, Dr. Brabec says all of the plot points of his life—dating back to that first revelation in the optometrist’s office—have amounted to an infinitely rewarding career: “I’m so fortunate to be able to see these kids from babies up through adolescents and watch them go to college. I have several patients who are in medical school and are going to become doctors themselves.” 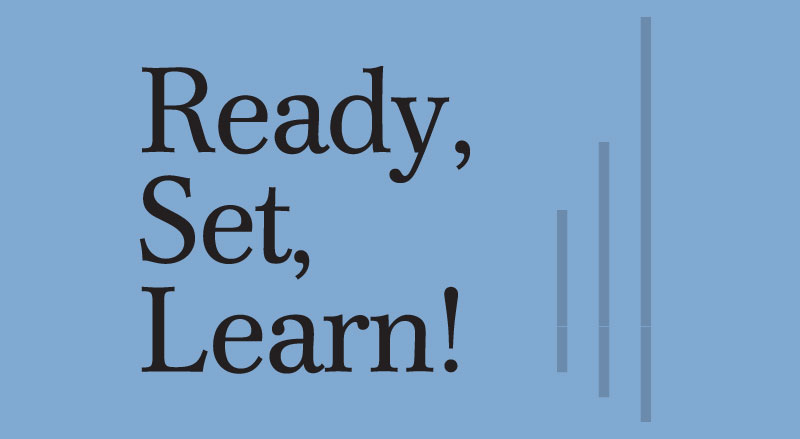 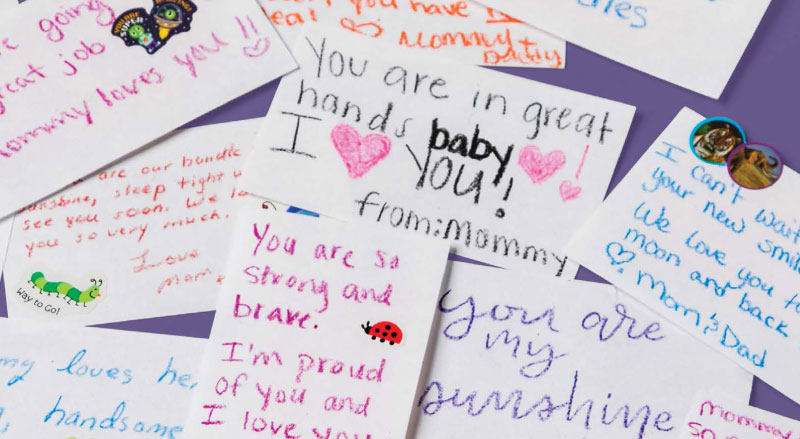 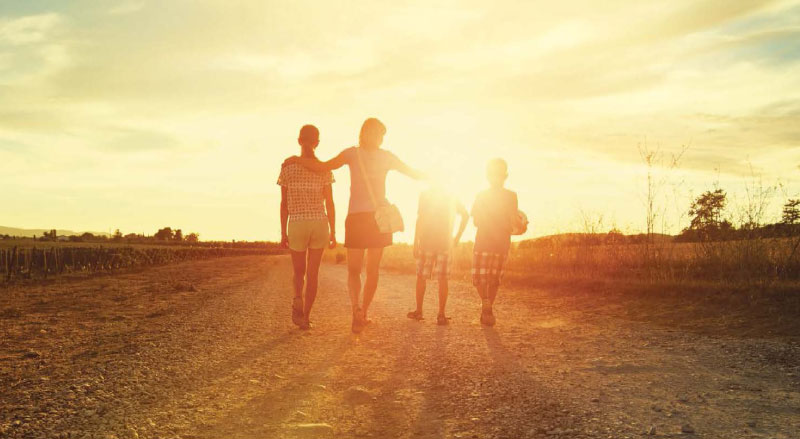