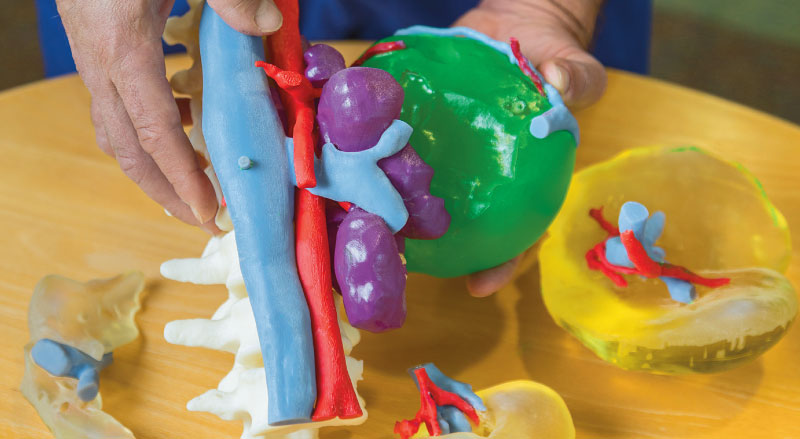 Doctors are accustomed to treating patients with the help of 2D scans such as MRIs, X-rays and CTs. But now, thanks to cutting-edge technology at Children’s Hospital & Medical Center, doctors are treating patients using 3D printed models of body parts.

“Physicians think in 3D, and they operate in three dimensions,” says Lincoln M. Wong, M.D., a radiologist at Children’s. “But as radiologists, we look at scans in two dimensions, slice by slice, and we’ve had to translate that into a report that the surgeon reads. Three-D imaging and 3D printing fills in that gap.”

Dr. Wong says many of the 3D models created at Children’s are for tumors. Physicians and radiologists work together to decide which cases are optimal for 3D models.

Once the doctor and radiologist have decided a case will benefit from 3D printing, the Radiology Department prints the tumor in relation to the other organs and vessels around it. For example, if the tumor is close to the liver, they’ll print the tumor, the liver, the kidneys, the blood vessels and any other organs that will be involved in the surgery.

This process can take anywhere from three to five days. Once the 3D model is printed, it has myriad uses, according to Gabe Linke, a cardiac CT-MRI imaging coordinator at Children’s who works with Dr. Wong to create the models. Many doctors use the 3D model for surgical planning and teaching. Some even bring it into the operating room with them.

“I have heard of cases that should have taken six hours but that we’ve completed in three hours because the surgeon can operate so much faster with the model in sight,” Linke says.

In addition, some physicians at Children’s use the models to explain prospective surgeries to patients and families. “It’s much easier to show families a model and explain what you’re going to do rather than show a scan, which is kind of abstract art,” Dr. Wong says. “They often don’t understand what’s going on with a two-dimensional scan, but they really understand a three-dimensional model.”

“It’s much easier to show families a model and explain what you’re going to do rather than show a scan, which is kind of abstract art.”

Children’s began using 3D models in 2016 after cardiologists saw a need for them in the pre-operative planning and treatment of congenital heart defects. Since then, the Radiology Department has created over 100 3D models.

“After we printed a few of those hearts, we quickly realized the potential it could have to help patients in other specialties, so we started branching out into general surgery, orthopedics, craniofacial surgery, urology and ENT,” Dr. Wong says.

Many hospitals across the country haven’t adopted 3D modeling yet, putting Children’s at the forefront of this breakthrough technology. 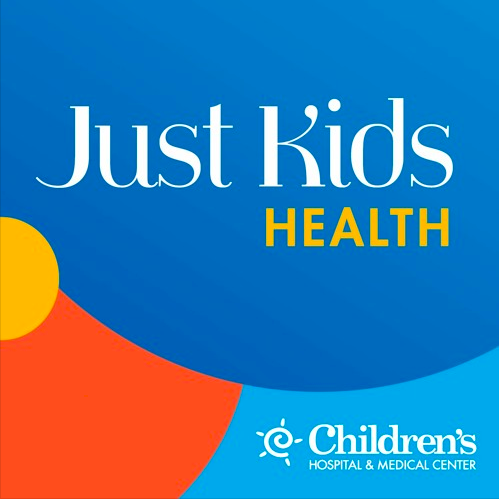 With the Just Kids Health podcast, Children’s pediatric experts are here to answer your questions and weigh in on hot topics—to help you keep your child healthy, safe & strong. We’re here for you. Listen In.
Read More 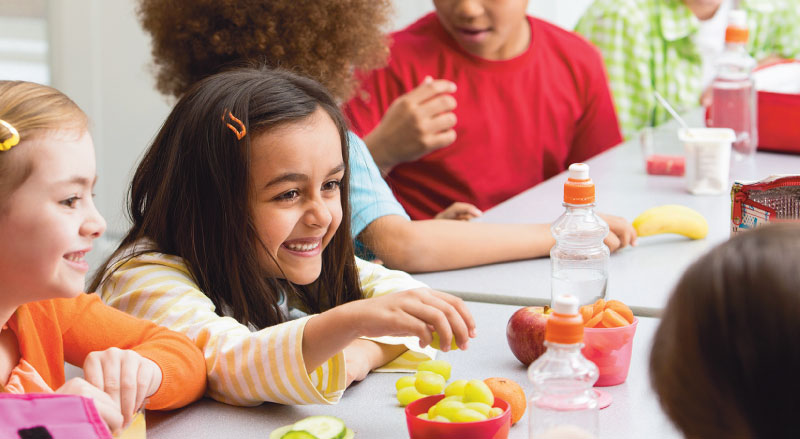 Junk food and sugary treats are everywhere. While it’s convenient to grab burgers and fries to go, these items, as well as candy, cookies and pop are full of empty calories. “They’re ‘fast sugars’ in that they are quickly absorbed without any nutritional elements for the brain and metabolism,” says Cristina Fernandez, M.D., pediatrician with […]
Read More

Natural Alternatives: Five Home Remedies That Are Safe For Infants

Babies often catch a common cold. This can mean runny noses, congestion, coughing and sneezing. When a baby has a cold or other minor ailment that doesn’t require medical attention, parents can try one of the following safe, doctor-approved home treatments. PROCEED WITH CAUTION Some home remedies previously thought to be beneficial have been debunked […]
Read More