Omaha is a vibrant city with a metropolitan population of 800,000. Offering excellent schools, Omaha is a safe, family-oriented town.

Entertainment options are nearly endless with a new large downtown convention center and arena, which attracts the biggest names in music and sports. Omaha is the home of the largest community theater in the country, has an excellent symphony and opera, and hosts numerous visiting Broadway plays.

Property values are among the most affordable in the country for a city of this size. There are numerous universities and colleges, most notably the University of Nebraska at Omaha and Creighton University. Traveling to and from Omaha is simple with 11 major airlines serving the user-friendly airport and two major interstate highways. Omaha is consistently ranked as one of the most livable and family-friendly cities in the United States. We offer challenging career opportunities, great schools, an amazing arts and entertainment scene, and an unsurpassed passion for this community.

Omaha is the talk of the town … not just ours, but others around the country. Key business and economic leaders are talking about what we’re doing — how our pro-business climate has energized our phenomenal growth and how their communities can be more like Omaha. The advantages of locating a business in Omaha are evident.

Broadway, Smithsonian, U2 — three words that show the eclectic mixture Omaha offers. Qwest Center Omaha has become a key tour stop for music legends and pop stars. The Joslyn Art Museum is a Smithsonian affiliate offering an impressive range of artwork, including permanent exhibits from Monet, Pollock, and Chihuly. The historic Orpheum Theater provides a stage for local and Broadway productions like the Lion King, Chicago, and Jesus Christ Superstar. Omaha is rich culture at every turn. Check out The Old Market.

There is lots to do in Omaha after dark. Sip “Watermelons” on the riverfront, laugh with comedians like Lewis Black and Larry the Cable Guy, or dance the night away at one of the city’s many clubs. Sokol Hall and The Waiting Room have become popular hot spots for Omaha’s prominent Indie music scene. Irish and Micro Brew Pubs, Country and disco dancing, live Rock and Jazz bands, the Omaha nightlife is music to your ears. You must be 21 to drink, but there is no limit on having fun.

Indoor and outdoor malls, quaint shopping centers and unique boutiques cater to the shopaholic in all of us. If you’re in the mood for some bling, one word-Borsheim’s, America’s largest independent jewelry store, owned by Billionaire Warren Buffett. Another Buffett gem, Nebraska Furniture Mart, you won’t believe the size of this place. Don’t worry, the Mart delivers and so does Omaha.

Whether you are up for a day at our world-class zoo, Children’s Museum or a day at the park, we have it all and so much more!

Omaha’s TD Ameritrade Park is Nebraska’s premier baseball facility with a maximum seating capacity of 24,000. The stadium is the site of the annual NCAA College World Series. For more information on the College World Series see www.cwsomaha.com. The CWS, an Omaha event for over 50 years will continue in Omaha with the construction of this new downtown stadium.

Whether you’re watching, playing, or arm-chair quarterbacking, Omaha is one sports crazy city. Professional baseball and arena football attract fans from all over. In 2008 Omaha hosted Olympic swimming, March Madness, NCAA Championships and PGA golf. If you’re the athlete there are plenty of hockey rinks, tennis courts, hiking and biking trails, swimming, boating and loads of fishing. Is fishing a sport? Walleye think it is. (Omaha humor) 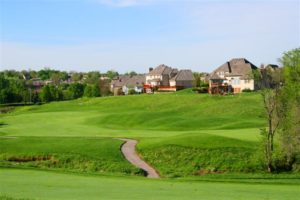 Arnold Palmer … is that a big enough golf legend for you? He chose Omaha for one of his signature courses. He knows golf is Omaha’s 5th season. The Golf Channel gives Omaha wall to wall coverage during the PGA Cox Classic, held here. With 20+ public and semi-private clubs Omaha has so many golf courses to choose from. View the Omaha golf course guide.