With two young boys, ages 4 and 2, Diana Gallegos and her husband learned they were expecting yet again; and this time, it was a baby girl. They were overjoyed about expanding their family. Diana’s first two pregnancies were full-term with no issues, and there was no indication that this third pregnancy would be any different.

During the second trimester, things began to change. She experienced back pain, kidney stones and hair loss. Then, when she was 23 weeks, her water broke. Diana and her husband rushed to the hospital. She was monitored as high risk and placed on bedrest.

Two weeks later, she became dilated to three centimeters, which cued her doctor to intervene. Diana was taken into the labor and delivery room for a C-section. The risks were very real for Diana and her family, as only 75 to 85% of babies born at 25 weeks survive. Diana also faced a very serious risk to her health while giving birth.

“I was really scared. They gave me the epidural, but I was still feeling the pain and screaming. So, they put me to sleep during the delivery because I was in so much pain,” said Diana. “I woke up in the recovery room, and I was asking, ‘Where is my baby? How is she?’ And they wouldn’t give me details until the doctor came. When the doctor showed up, she said that I had lost lots of blood and that Sophia was doing good… but not too good.”

Diana was able to finally see her baby girl for the first time the next morning, but nothing could prepare her for just how small her micro-preemie baby really was.

“She had all these monitors. It was scary to see all that, and she was so tiny,” said Diana. “It was so emotional. I had never thought that I would have a premature baby. It never had even crossed my mind. In my family and my partner’s family, there has never been a premature baby. So, it was a whole new experience.”

Sophia was born February 6, 2021, weighing just one pound, six ounces. She still faced many hurdles ahead.

Issues included intrauterine Growth Restriction (or failing to grow during pregnancy), bronchopulmonary dysplasia (a chronic lung disease that causes long-term breathing problems in premature babies), a subglottic cyst (a fluid-filled lesion in the lower part of the larynx below the vocal cords), difficulties with aspiration and more.

“The first few weeks I couldn’t hold her. I could only touch her, but just for very short periods of time. So, we would just stay there looking at her and just amazed that she was still living,” said Diana.

Sophia also began getting mysterious fevers, which delayed a hospital transfer. When she was two months old, she was able to transfer to the Neonatal Intensive Care Unit at Children’s Hospital & Medical Center in Omaha. As the only Level IV NICU in Nebraska, Children’s offers the most advanced level of neonatal care available. Their highly specialized, expert medical professionals treat nearly every condition a newborn baby may have.

“They told us they would do everything they could to keep her alive. She was losing so much blood, and so they were giving her blood transfusions. And then she had issues with her heart, kidney and liver. So, they were waiting to see how everything came out on their tests,” remembered Diana.

Fortunately, many of the issues resolved on their own as Sophia grew. Then came the moment when Diana could finally hold her baby girl in her arms for the very first time.

“I was so scared to hold her with the breathing tube and all the IVs she had. I just had to be very careful. She was so fragile,” said Diana. “But holding her, skin-to-skin, was the best feeling ever.”

Doctors determined that Sophia had issues with her vocal cords, and. because she was aspirating quite a bit, they decided she needed a G-tube placed to help her get proper nutrition.

“Over the last couple months in the NICU, she began to gradually improve, and she was starting to come off the oxygen. She started feeding with formula, but we had to be very careful how it was done since she had significant issues with her vocal cords,” said Diana.

Sophia was five months old when she was ready to go home. This milestone came only after Diana received extensive training on proper outpatient care for a micro-preemie baby.

“In the last couple weeks, I started working with the feeding team, learning how to make the formula the safest way for her to drink it,” said Diana.

Diana spent the last couple nights in the hospital practicing with assistance from nurses before she was given the clear to take Sophia home.

Now, in November 2021, during National Prematurity Awareness Month, Sophia is nine months old—happy, healthy and thriving. She’s expected to finally be taken off oxygen after a sleep study later this month. Diana said there do not seem to be any long-term issues, thanks to the medical team who helped her micro-preemie baby grow stronger. Sophia will be visiting the feeding therapy team in the outpatient clinic every few weeks to help her learn to eat properly and will follow up with the cardiology team and respiratory team to make sure she’s on track in those areas as well.

“I want to say thank you for everything the doctors and nurses did for my baby. The care was excellent,” said Diana. “There’s no other place I would rather her be than at Children’s.” 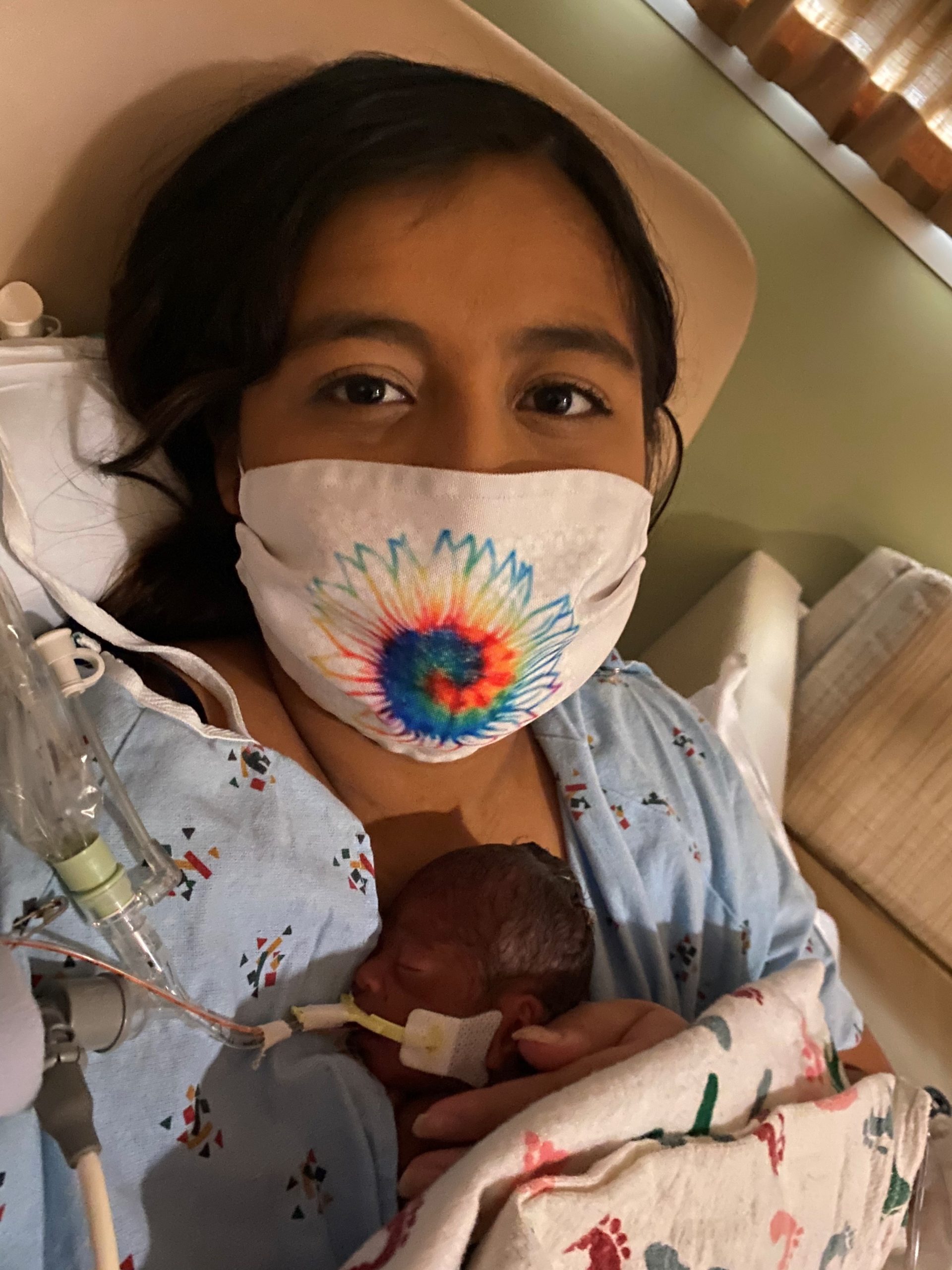 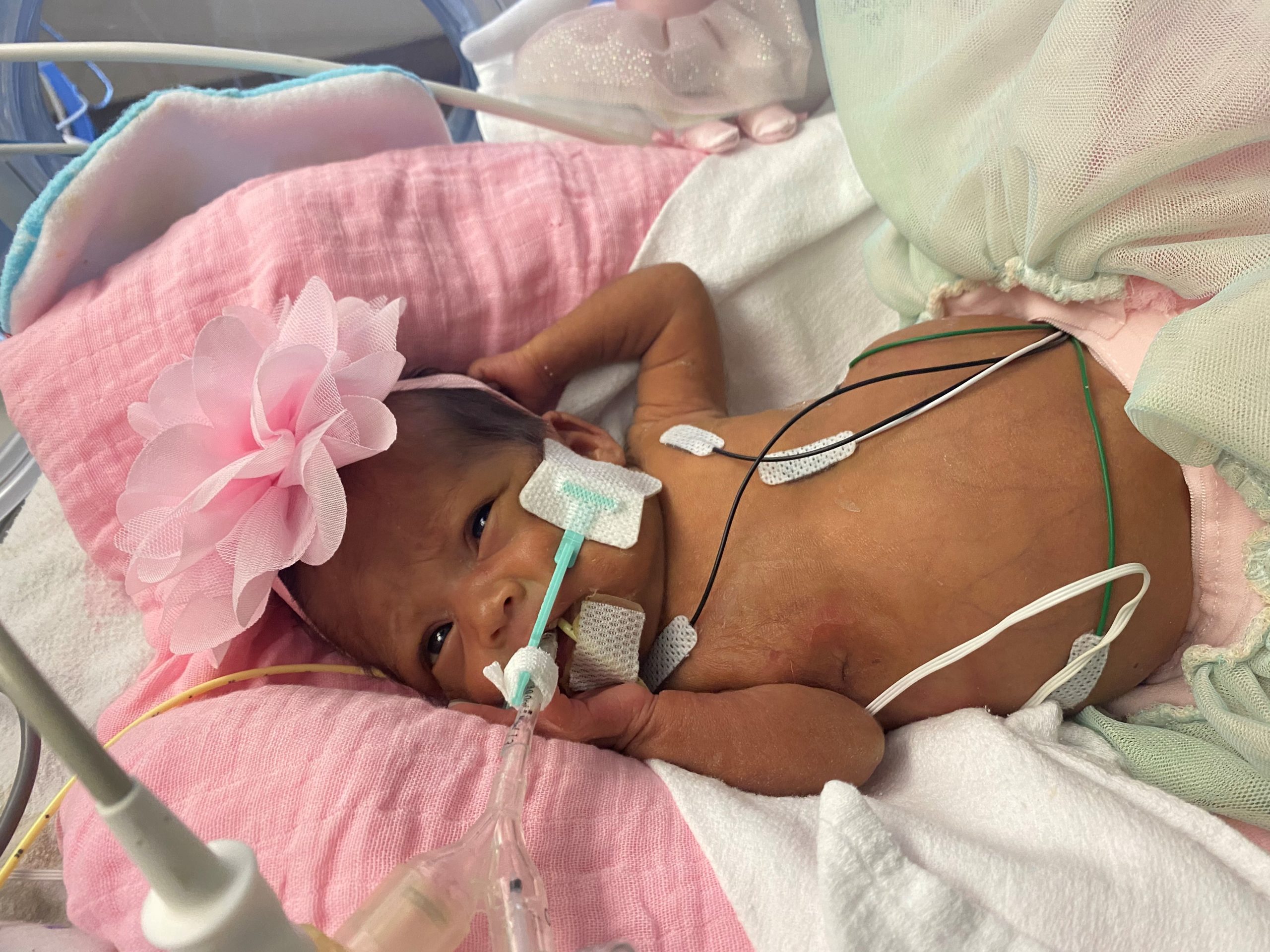 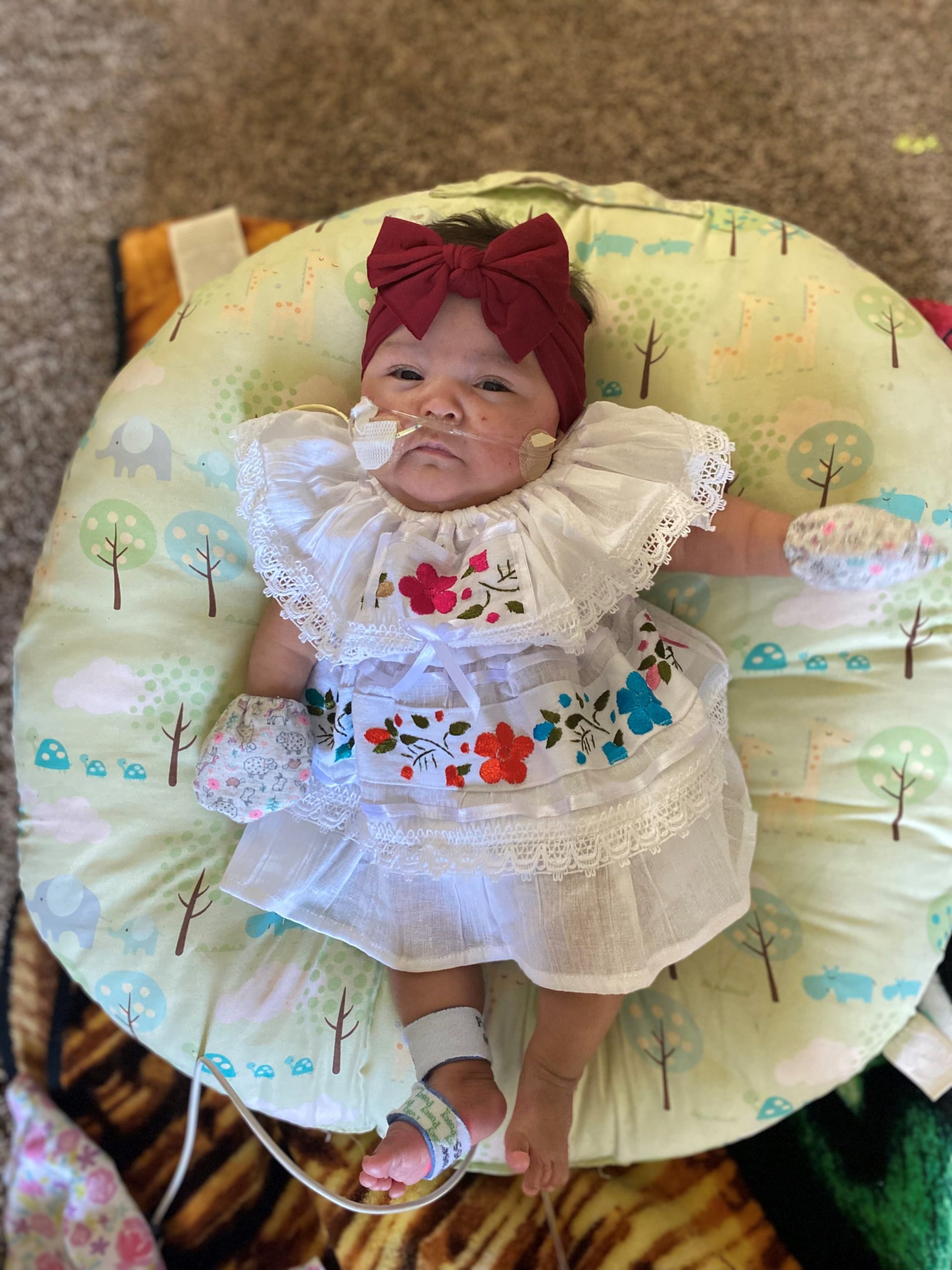